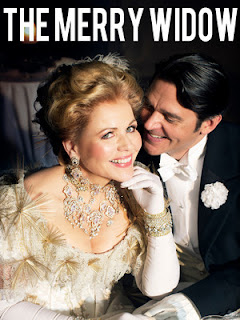 "Enlivened by sprightly dancing, this colorful production is mostly faithful to the style of the piece. And from the glowing, subtle performance that the conductor Andrew Davis coaxed from the Met orchestra, it's clear that he loves the 1905 score. Over all, however, the production came across as tentative, as if Ms. Stroman were struggling to find a balance between respecting the idiom of the work and charging it with fresh theatricality."
in The New York Times by Anthony Tommasini

"Ms. Stroman's choreography had plenty of sizzle-from the ballroom dances at the embassy to the folk numbers in Act II and the can-can of Act III...However, Ms. Stroman had mixed success infusing that verve into the dialogue scenes."
in Wall Street Journal by Heidi Waleson 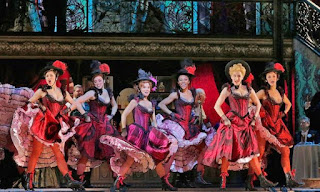 "Frantically yet fleetly staged and choreographed by none less than Susan Stroman, it tried to transform a staid opera house into a snazzy showbizzy showplace."
in Financial Times by Martin Bernheimer

"Stroman's strongest suit is her choreography and from the opening waltzes and polkas to acrobatic folk dances to the shouting, skirt-flinging high steps of the grisettes at Maxim's, including a can-can during the set change, the dancing is one of the show's biggest attractions."
in The Huffington Post by Wilborn Hampton 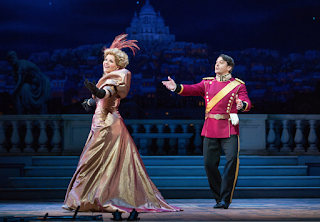 "Susan Stroman achieved graceful movement from all cast members, whether dancers or "civilians."...From their part alone, it is easy to see why Susan Stroman has won five Tony awards."
Examiner.com

"The new staging by Tony winner Susan Stroman is commendable mostly for its choreography...Elsewhere, Stroman struggled to enliven the scenario......Stroman's pacing lurched along, the words' witty edges dulled, and every opportunity for comic timing was missed..."
in The Classical Review by Eric C. Simpson 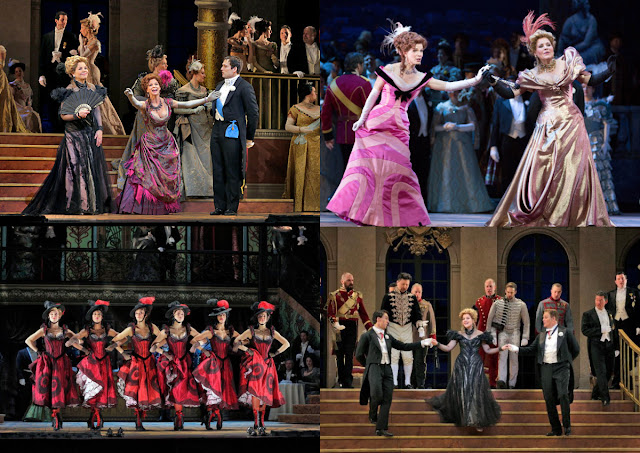