GETTING TO KNOW SUSAN 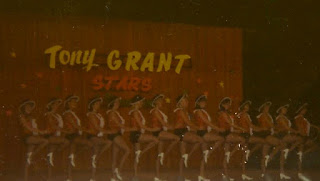 Susan Stroman was born 17th October 1954 in Wilmington, Delaware, and started dancing at the age of five, studying ballet, jazz and tap. Inspired by the Fred Astaire movies, she began choreographing school plays at high school before majoring in theatre at the University of Delaware.

Her first audition in New York was for the 1974 production of HIT THE DECK for the Goodspeed Opera House. She got the job and her Equity card. The role of the Hungarian murderess in CHICAGO followed. She danced on other shows until she was invited by director-choreographer Rudy Tronto to assist him with the Off-Broadway musical MUSICAL CHAIRS. The show only ran a week, but there she met Scott Ellis and became good friends. Both were more interested in directing than performing and she decided to pursue choreography. 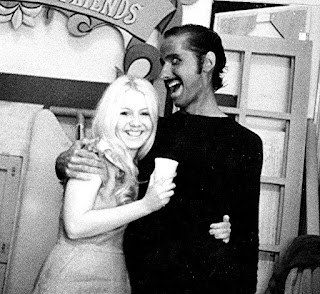 She began by staging some industrial shows and some summer stock. Later collaborated with Ellis for the first time on a Philadelphia production of GREASE. Although she didn't audition for more shows she continued to perform as part of a Fred-and-Ginger-type dance team with Jeff Veazey. In 1989 Jeff died, and she felt like she couldn't dance anymore.

Meanwhile she directed two Off-Broadway revues and then was hired to choreograph SAYONARA for the Paper Mill Playhouse. After that she went on to collaborate with Ellis and book writer David Thompson on a revised Off-Broadway production of FLORA, THE RED MENACE. This revival became a cult hit and her name started to get known.
As a result she was invited by Harold Prince to choreograph his New York City Opera production of DON GIOVANNI. 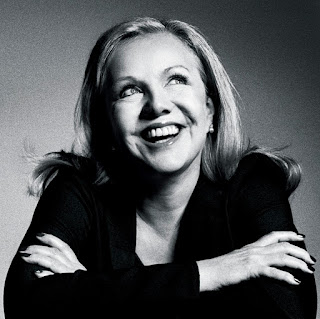 Later she, Ellis and Thompson suggested to Kander and Ebb (composer and lyricist of FLORA) that they work together again on a revue of songs from their shows. They agreed and AND THE WORLD GOES 'ROUND opened Off-Broadway. It was the first Ellis/Stroman show to be seen and hailed by a larger audience. Stroman quickly gained a reputation for quirky new slants on standards ('New York, New York' sang in different languages) and for the creative use of props on stage.

Once more she was invited by Prince, this time to work on a new musical by Kander & Ebb, KISS OF THE SPIDER WOMAN, at a new developmental theatre called New Musicals. When that show was reviewed prematurely by uninvited critics, everyone took it hard and the show closed prematurely.

Stroman buried herself in work and had big hit with LIZA: STEPPING OUT AT THE RADIO CITY MUSIC HALL. But the best was about to happen.

Mike Ockrent came to New York to begin working in CRAZY FOR YOU. Saw her work and hired her for her Broadway debut. 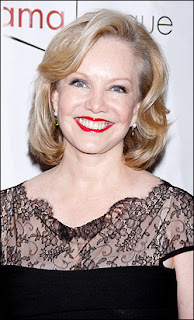 The result was a brilliant piece of musical theatre where the dance took center stage. From big numbers to solo, the choreography was simply terrific. She won her first Tony Award for CRAZY FOR YOU.

She and Prince met again this time for the successful revival of SHOW BOAT. Among the highlights of the show was the fabulous and contagious 'Kim's Charleston'. Once again she won the Tony Award for Best Choreographer.

Two new musicals followed and both failed on Broadway. The first was the stage adaptation of the movie BIG and Ockrent directed it. The response to the show was tepid, and it closed surprisingly early.

The other show was STEEL PIER and once again she was working with Ellis and a score by Kander & Ebb. The musical was nominated for 11 Tonys, but failed to won any and so it closed losing millions.

Later she was invited by London's National Theatre to choreograph Trevor Nunn's revival of OKLAHOMA! She was given carte blanche by the Rodgers & Hammerstein estate to change Agnes de Mille's original choreography. It was the first time that happened. The result was an exciting piece of musical theatre and Stroman returned to the big time, winning the Olivier Award for Best Choreography.

Most recently she directed and choreographed Lincoln Center's CONTACT, which became one of the hottest tickets of the season. Followed by the hit revival of THE MUSIC MAN. Both shows got her Tonys nominations, not only as a choreographer, but also as director.

In 2001 she was responsible for the biggest hit of the season, THE PRODUCERS. Once again, she directed and choreographed a show and this time she won Tonys (and plenty of other awards) for both jobs. This new musical comedy had a long run and made sure that Stroman's name would be on the heart of every musical fan for many years to come.

She followed that big hit with a smaller production, THOU SHALT NOT, but both critics and public weren’t very impressed and the show run for less than 6 months. Her next musical blockbuster, YOUNG FRANKENSTEIN, reunited her with Mel Brooks (THE PRODUCERS) but the critics weren’t kind and the high-ticket prices scared the public. The show run for a little more than a year and the big shows she did after that one, BIG FISH and BULLETTS OVER BROADWAY, failed to ignite the box-office and both closed after a few months. She had better luck Off-Broadway with THE SCOTTSBORO BOYS; unfortunately, the show failed when it was moved to a bigger Broadway stage. 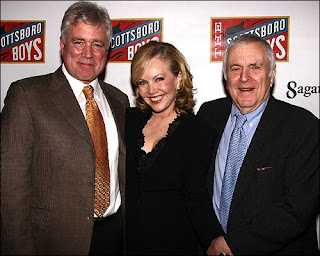 Living in Portugal doesn’t allow me to see all her shows, but I’m always fascinated when I see clips of her work. For example, I believe I would probably have loved YOUNG FRANKENSTEIN; from the clips I saw, I think she did a great job. I was lucky to see her HAPPINESS at Lincoln Center and I really enjoyed it. The last time I saw her work was in the London production of THE SCOTTSBORO BOYS and Susan still got it! Her work never ceases to amaze me and I hope I’ll be able to see more of it in the near future.

In the 'New York Post' Donald Lyons wrote "...joining what's living in the Broadway idiom to what's vivid in dance, both of which Stroman is master." He also said "Stroman is our best. This choreographer makes dance a celebration of body and contact, a site of happiness and the will to live. The best we've got". 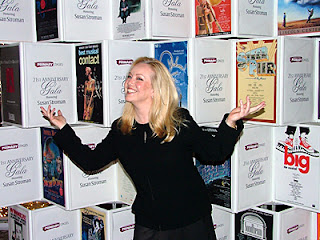 She is more than that, thanks to her the dance is back where it belongs, on stage. Since CRAZY FOR YOU the American musical started to dance again and I hope it will never stop.

THE SINGING VOICE OF SUSAN STROMAN 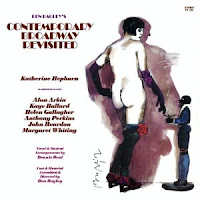 Before becoming a choreographer, Stroman sang and danced in several shows, including CHICAGO. During this show out of town tryout, there were a few songs that later were removed from the score, one of those was "Loopin' the Loop" (although its melody is still used on CHICAGO's overture). In Ben Bagley's revisited album series she recorded that song. It can be heard on CONTEMPORARY BROADWAY REVISITED and it's sung by her and Jan Newberger. She shows a good voice and this recording it's a collector's item.

Her voice can also be heard on CABARET NOËL: A BROADWAY CARES CHRISTMAS, where she sings "Christmas Eve in My Hometown" with Scott Ellis. 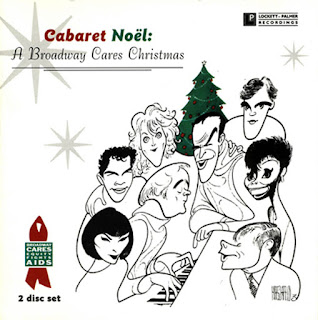 Email ThisBlogThis!Share to TwitterShare to FacebookShare to Pinterest
Labels: Getting to Know Susan