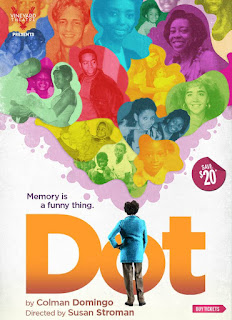 "But Ms. Stroman’s streamlined direction, which sometimes has the snappy rhythms of musical comedy (there is even a brief dance break), keeps the play from tilting too far toward the soap operatic, or for that matter the sitcomic. The rapprochement between Donnie and Adam in the second act runs a tad long and approaches the treacly, but when the focus is on Dotty and her family’s reckoning with her disease, the play is on firm footing, and consistently generates laughter."
in The New York Times by Charles Isherwood

"Encompassing themes of sexuality, family and race — "I'm a black man in America, I own trauma," Donnie exclaims at one point — the play is too wildly uneven to have much of an impact. Director Susan Stroman (The Producers, Crazy for You, The Scottsboro Boys) does little to help, her over-emphatic staging reflective of the musicals that are more in her wheelhouse."
in The Hollywood Reporter by Frank Scheck 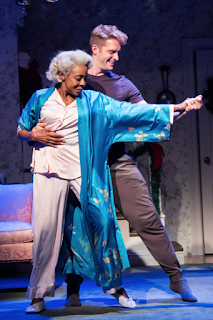 "Stroman — who directed Domingo in “The Scottsboro Boys,” which also began at the Vineyard — helms with a bright broadness that punches the laughs but sometimes brings the work to a sitcom level. Only when the production takes a breather from the fraught storylines does the play find its focus, and its heart.A scene between Fidel and Dotty, where the mother confides her fears, is presented simply and truthfully. And a moment where an old song gives Dotty a wondrous sense of escape — when Adam lovingly steps in as her imagined dead husband and we glimpse Dotty in her younger glory — is exquisite, tapping into Stroman’s musical staging gifts."
in Variety by Frank Rizzo

"Susan Stroman is an ideal director for the piece as a whole, bringing her Tony-winning eye for musicality to a play that really needs to sing and dance, and she's helped the actors pitch their performances perfectly." in Talkin' Broadway by Matthew Murray 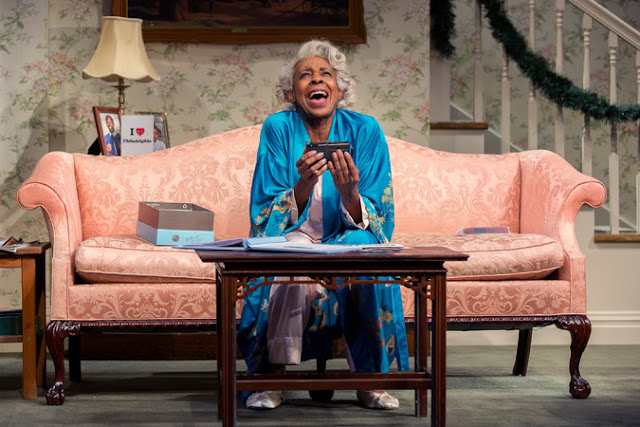 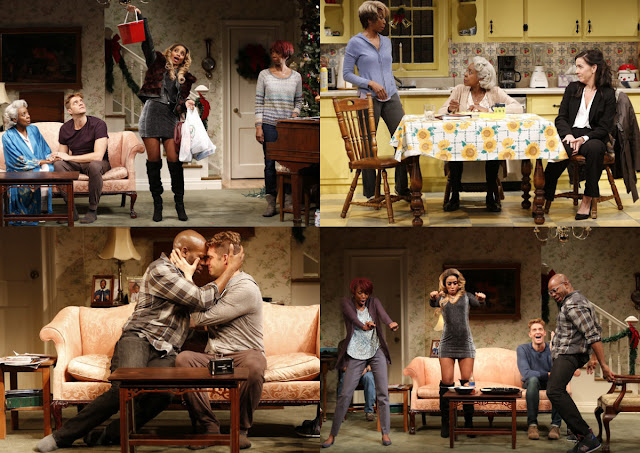