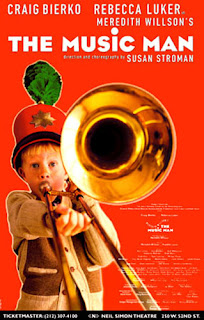 "... the delicious "Marian the Librarian", what Ms. Stroman realizes here is something subtler. It's not raucousness so much that follows; it's gliding fantasy that shows off the corps de ballet at its best. Heavy tomes become as light and manipulable as straw hats and canes, and earthbound adolescents soar skyward. [...) ... it still has more helium than any of the other self-described family entertainments on Broadway."
in "The New York Times" by Ben Brantley

"Credit "The Music Man's" music woman, director and choreographer Susan Stroman, with re-creating this 1957 musical with such high spirits and good cheer that it seems to float across the footlights on Willson's delightful score. [...] Her choreography harcks back to the exuberant dancing for fun's sake that dominated Broadway in the 1950s. [...] Impossible to resist. And Stroman makes sure you won't leave the theatre only humming the musical's best-known song. You will be marching to it."
in "Associated Press" by Michael Kuchwara

"It would be hard to imagine a production more spectacular!"
in "USA Today" by Elysa Gardner

"... staged and choreographed by current Broadway darling Stroman in endlessly inventive and dazzling fashion. [...] Stroman has apllied her usual magic to the musical numbers, which are staged with imagination and fabulous theatrical flair. [...] And the post-curtain-call finale is the single most joyous number to be found on Broadway."
in "Hollywood Reporter" by Franck Scheck

"A triumph! THE MUSIC MAN is the best of Broadway shows! Irresistible, I mean truly irresistible. The happiest, most cheering show in town"
in WCBS-TV by Dennis Cunningham 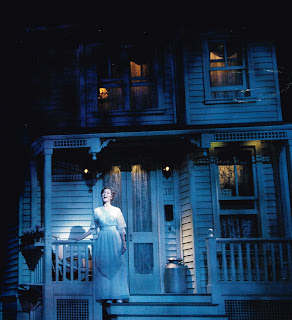 "Indeed, the marvel of Stroman's production is that none of the sugar in the show turns to saccharine, none of the characters turn to cardboard, none of the creamed-corn jokes land with too resonant a thud. [...] And Stroman's choreography is a delectable asset to the production. The three major production numbers all have their own particular flavor, and Stroman can array dancers on a stage with incomparable, airy finesse. [...] Stroman's finale, the evening's most inspired moment, which arrives after the curtain has gone down on the show's happy ending. The details of this number are to delicious to spoil, but it's marked by the kind of freewheeling, spirited novelty that marks her best work."
in "Variety" by Charles Isherwood

"Gleaming! Fantastic! This is one joyous ride you won't want to miss! It's practically impossible to leave THE MUSIC MAN without humming yourself into blissful oblivion"
in "Time Out New York" by Sam Whitehead 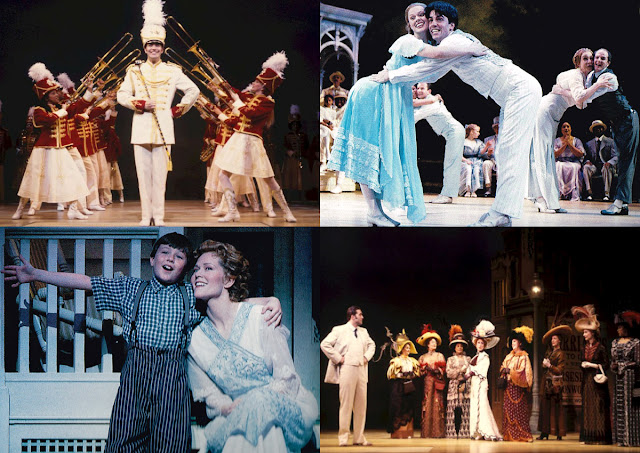