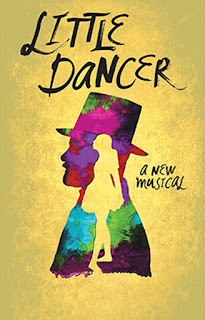 “…this simply lovely offering near perfectly melds the worlds of musical theatre and ballet and uses those two art forms in the best way possible to tell a charming story. Who better to be at the helm of bringing these two worlds together than Susan Stroman Strongly versed in both art forms with a clear love for both, her direction, along with her choreography, offers some of the best work I've seen her do in years… Stroman and her team of designers deliver production values that are worthy of the Broadway stage, but do not rely on dazzling spectacle to make an impression.”

in www.broadwayworld.com by Jennifer Perry

“Stroman set out to emphasize ballet in this production, and she does not disappoint. Dance is front and center throughout, highlighted by Peck’s exceptional technique and the versatile company’s strong support. The undisputed dance highlight is the show’s sensational 11 o’clock number, “The Little Dancer Ballet,” which reprises high and low moments of the plot in a mixture of styles.”
in Variety by Paul Harris 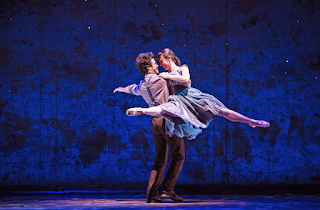 “That ardor for the dance form and its classical rigor are filtered through the becoming choreography of director Susan Stroman, who, in the footsteps of Agnes de Mille and Jerome Robbins, has created as a finale for this musical — still, it seems, deeply in progress — a delightful dream ballet, with Peck at its center… The more finely wrought diversions of “Little Dancer” occur when Stroman and her corps of dancers remind us that this is indeed a musical about ballet. These dance sequences offer the most invigorating exposure in a musical to the beauty of the form since “Billy Elliot.” Stroman’s choreography here betokens the passion for dance she infused so exhilaratingly into “Contact,” her Tony-winning triptych of dance-theater pieces.”
in The Washington Post by Peter Marks “As danced by Tiler Peck, the brilliant New York City Ballet principal who plays the central role, this wordless passage brings the musical to a stirring climax. Although Ms. Stroman’s classical choreography is often more correct than inventive, here she finds a way to turn classroom steps expressive, as Marie (Ms. Peck) moves from shining pride in her immaculate technique to confusion and terror as visions of her past life buffet her around the stage… “Little Dancer” unquestionably marks a return to confident form for all three of its principal creators. Ms. Stroman, you’ll recall, also had a belly-flop on Broadway last season, with the fizz-free Woody Allen musical “Bullets Over Broadway.” And yet I couldn’t shake the feeling that, with its soft edges and its slight air of the formulaic, this musical set in the later years of the 19th century might almost have been written sometime in the middle of the 20th.”
in The New York Times by Charles Isherwood 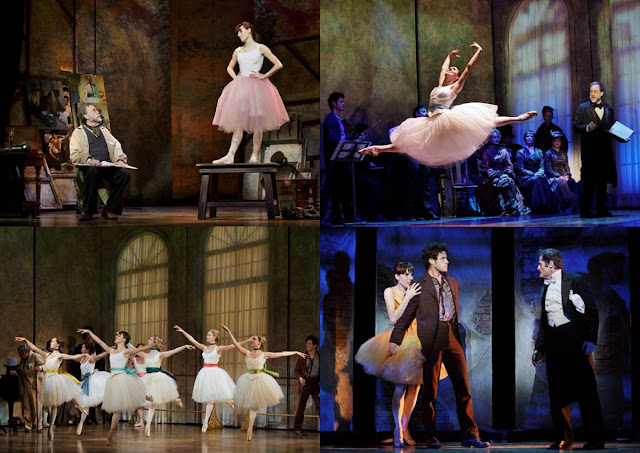 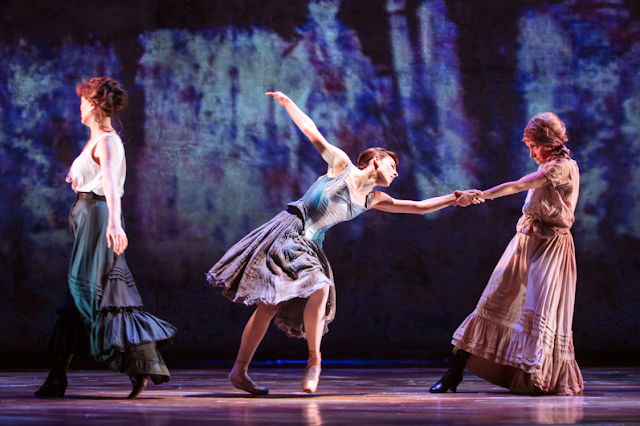