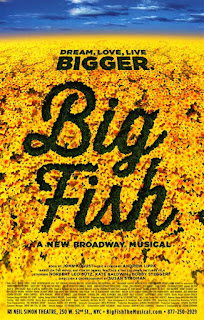 "There’s a huge gap between what you see and what you hear in “Big Fish.” Visually speaking, this new Broadway musical is inventive, playful and often downright magical. But then, we expect nothing less from director Susan Stroman, the whiz behind “The Producers” and “The Scottsboro Boys"... But Stroman rises to the occasion and illustrates the prodigious imagination of her hero, Edward Bloom, by skillfully weaving together Benjamin Pearcy’s fancy projections, clever sets by Julian Crouch (“The Addams Family,” “Shockheaded Peter”) and good old-fashioned razzle-dazzle".
in New York Post by Elisabeth Vincentelli

"Edward's stories do accommodate flashes of Stroman's playful wit. In one scene, characters from a Western flick strut out of a TV set; in another, Edward, as a young solider, heroically chases the enemy through lines of tap-dancing chorines. Too often, though, the choreography seems more busy than vibrant, with ensemble members spinning around creatures ranging from a sultry witch (an overbearing Ciara Renee) to a friendly giant (a resonant-voiced Ryan Andes).”
in USA Today by Elysa Gardner 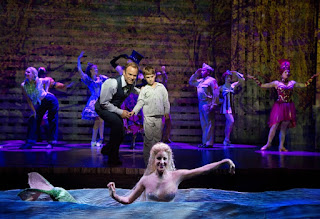 "I’d say that Will exists basically to be a straight man to Edward, except that everyone here — including Edward — turns out to be a straight man to Ms. Stroman’s production. As she demonstrated in “The Producers,” she is fluent in all styles of theatrical dance, and in “Contact” she showed a lovely gift for finding character through choreography... Here, though, she seems to be drawing almost randomly from her bottomless bag of tricks. Yes, her use of dancers to embody an enchanted forest and a campfire is delightful. And it’s hard not to chuckle when those two-stepping elephants make a cameo appearance. But if the show is all about the need for personal myths, it has to let its leading mythmaker take charge."
in The New York Times by Ben Brantley 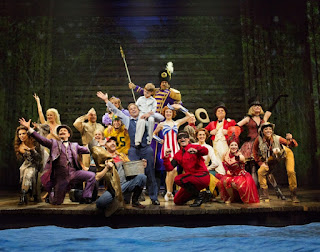 “Shabby values aside, the show has its enchantments. These are largely the gifts of helmer-choreographer-magician Stroman, who brings genuine wit to her technically ingenious stagecraft… Resisting the usual Broadway tendency toward over-production, this show is perfectly scaled to the modest level of Edward’s boyish daydreams. Invention, not excess, seems to be the dominant house rule, from the tight choreography, which is quick and clever and never over the top, to the primary-color projections by Benjamin Pearcy that make a comic-book universe of Julian Crouch’s sets.”
in Variety by Marilyn Stasio 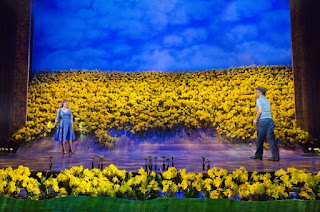 "People want to see things beyond their imagination! Bigger than life!" says a circus ringmaster. It's advice that Stroman clearly has embraced, for better or worse. The ante keeps getting upped with each scene and it gets exhausting... Some jaw-dropping stuff is indeed on show: There's a stunning dance scene in which Benjamin Pearcy's projections are broadcast on William Ivey Long's sumptuous cloaks. There's a fun moment between Butz and a giant — an excellent Ryan Andes, channeling Monty Python — who have a good song called "Out There on the Road."... And the act ends with daffodils sprouting from every corner of the stage, a beautiful tour de force from set designer Julian Crouch that would be enough to end most musicals on a high.... After intermission, a big, bombastic song — "Red, White and True," complete with nine dancing USO girls whose bodies spell out "U S A" — proves no one wants to take their foot off the gas. It could easily be the 11 o'clock number in any other musical... Stroman keeps the action flowing flawlessly — and her actors moving through an impossibly complicated world — and clearly knows when to let the beauty of the moment simply shine. She captures the magic of the original story and has created some undeniable magic of her own."
in Associated Press by Mark Kennedy 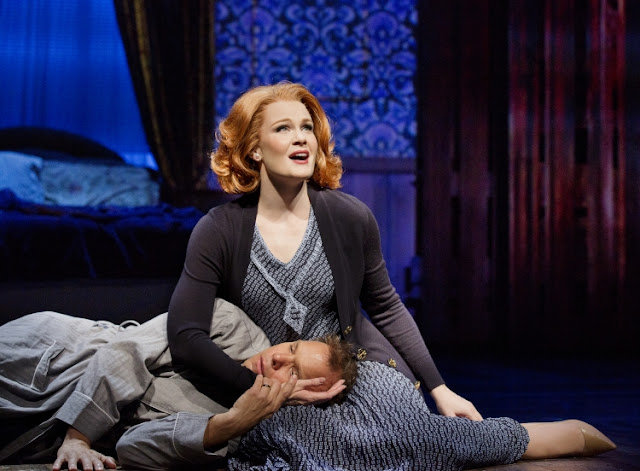 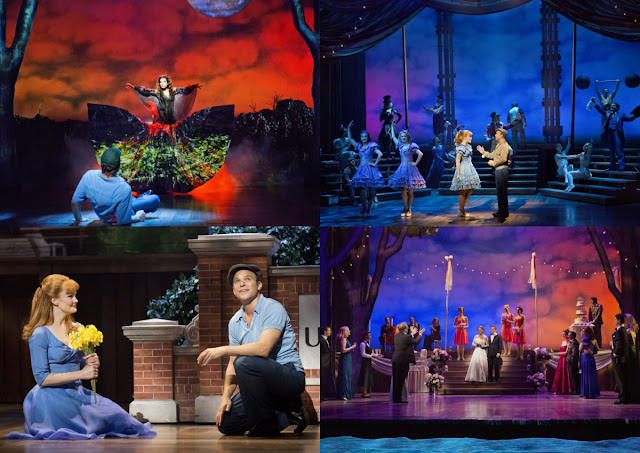 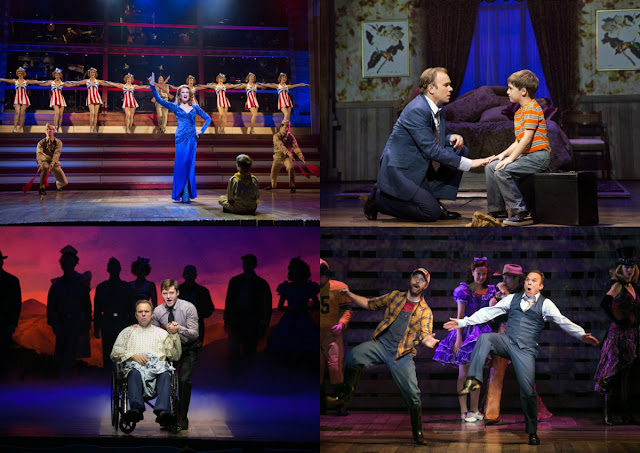