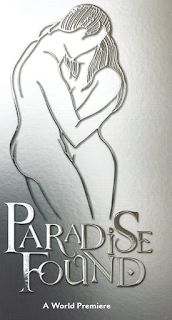 "... “Theatre is never as interesting as real life,” remarks the Grand Vizier near the end. Unfortunately, it’s an apt judgment on a musical that suffers from a nonsensical plot, a rather tired bawdiness, a lack of imaginative zest and the absence of a single really sparkling number.
in The Evening Standard by Henry Hitchings

“One emerges from the show in little doubt that this is a rare botched shot from both the Menier and the dream-team of Prince and Stroman. Theatrical paradise it certainly ain’t.”
in Telegraph.com by Charles Spencer

“Moreover, there's not much for Stroman to do. She grabs a chance at staging a sexually suggestive ballet to "The Blue Danube Waltz," which is less suggestive or amusing than is clearly intended. Indeed, treating Strauss' most popular composition in this manner isn't a winning or cunning joke, it's just one of the many lost opportunities in PARADISE FOUND”.
in theatremania.com by David Finkle 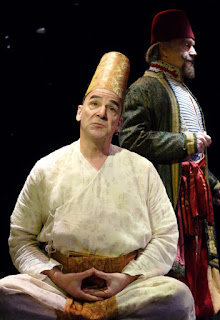 "The creative team on PARADISE FOUND are showbiz royalty. It's co-directed at the Menier by Hal (Cabaret, epoch-making Sondheim premieres) Prince and Susan (The Producers, Crazy for You) Stroman, with a book by Olivier Award-winning dramatist Richard Nelson. But they seem to have taken leave of their collective senses. From that point of view, perhaps PARADISE FOUND should be renamed "Marbles Lost", rather than the other alternative that keeps springing to mind: "Purgatory Endured"
in The Independent by Paul Taylor

“Some of Broadway's best have descended on this Southwark playhouse bearing a brand-new musical. We have Harold Prince and Susan Stroman as co-directors, Mandy Patinkin as the star, Jonathan Tunick as orchestrator of tunes deriving from Johann Strauss II. Yet, I fear, all they have brought us is a prize turkey: a pastiche “Arabian Nights” fable of unbelievable coarseness and vulgarity... Prince and Stroman, who's responsible for the choreography, are practised hands who know how to stage even this kind of tosh... But the show fails in its attempt to combine rogueish naughtiness with Viennese sophistication, and, in its desecration of Strauss's melodies, proves you can't pour "alt Wien" into new bottles.”
in guardian.co.uk by Michael Billington 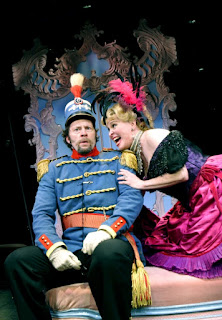 “PARADISE FOUND is a bizarrely dreadful musical about the Shah of Persia trying to kickstart his failing libido on a trip to Vienna at the turn of the last century... And it’s all the more peculiar because it has been produced to such a notably high level. The entire show has been shipped in, as if from Broadway, glistening with the waltz music of Strauss, orchestrated by Jonathan Tunick, staged by Harold Prince and Susan Stroman (it needed the two of them?) and boasting a London theatrical debut by the extraordinary Mandy Patinkin as a bald eunuch.”
in whatonstage.com by Michael Coveney

"Theater is like cookery: You can assemble all the right ingredients but sometime the souffle just won't rise. PARADISE FOUND is helmed by Hal Prince and Susan Stroman; Mandy Patinkin and John McMartin head the cast; and the score comes courtesy of Johann Strauss II. So why are their combined efforts -- and, boy, is this show effortful -- so dismayingly dreadful? “
in Variety by David Benedict 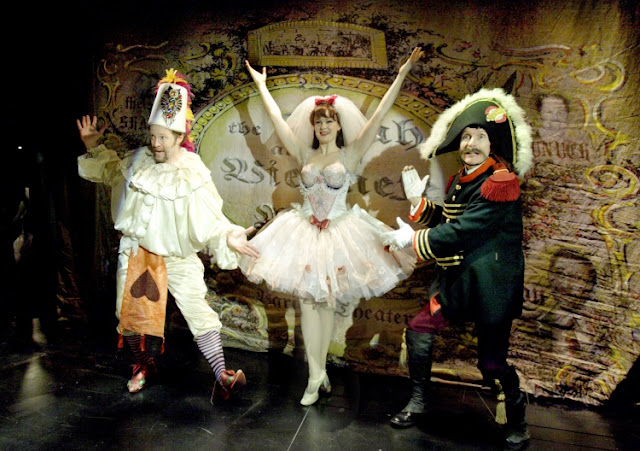 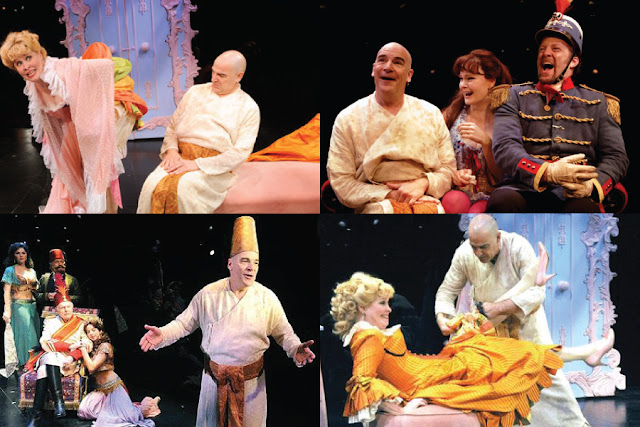