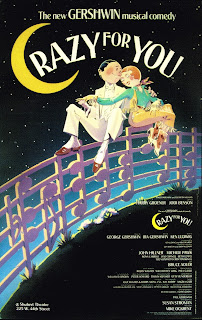 "Choreographer Susan Stroman has come up with routines that are both explosive and witty, transporting the dazzled viewer into a kind of tap-dancing paradise."
in "Daily Telegraph" by Charles Spencer

"Duets, full company numbers, showstoppers with big finishes on top of big finishes - Stroman took everyone and everything on stage and turned it all into a series of reminders of what dancing is capable of in musicals."
in "Show Music" by Eric Grode

"… be marked as the show that added a new name, Susan Stroman, to the shrivelled roster of choreographers who can get Broadway moving again."
in "Newsday" by Linda Winer 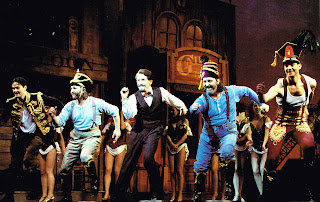 “The miracle that has been worked here -- most ingeniously, though not exclusively, by an extraordinary choreographer named Susan Stroman and the playwright Ken Ludwig -- is to take some of the greatest songs ever written for Broadway and Hollywood and reawaken the impulse that first inspired them… Those surprises are often the creations of Ms. Stroman, who, given a full corps of crack dancers, expands exponentially on the winning style she revealed in the revue "And the World Goes 'Round."
Ms. Stroman's dances do not comment on such apparent influences as Fred Astaire, Hermes Pan and Busby Berkeley so much as reinvent them. Rather than piling on exhausting tap routines to steamroll the audience into enjoying itself, the choreographer uses the old forms in human proportion, to bring out specific feelings in the music and lyrics. When Mr. Groener leaps sideways on a thrice-repeated phrase in "Nice Work if You Can Get It" -- to take just a throwaway bit -- his legs are both punching out the notes in George Gershwin's tune and illustrating the sexual yearning in Ira Gershwin's verse. Ms. Stroman is not afraid of repose, either. In "Embraceable You," the embrace counts more than the steps, and the number reaches its consummation with a kiss that leaves the dance as dizzyingly unresolved as the newly acquainted couple's relationship. 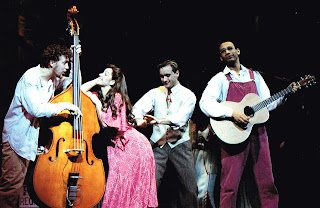 Yet it is the big numbers in "Crazy for You" that people will be talking about, and in these, Ms. Stroman's signature is her use of homespun props, rather than an avalanche of spectacle, to turn her dances into theater. In "I Got Rhythm," the Act I finale, the regenerated hicks and drunks of Deadrock, Nev., whip up a torrent of music and merriment with washboards, corrugated tin roofing and mining picks. "Slap That Bass" creates a visual jamboree out of pieces of rope, while "Stiff Upper Lip" finds the exhilarated populace erecting a house of chairs that figuratively parallels the accelerating spirits of their song and dance.
Short of George Balanchine's "Who Cares?" at the New York City Ballet, I have not seen a more imaginative choreographic response to the Gershwins onstage. That Ms. Stroman's numbers are theater dances that advance the show rather than bring it to repeated halts is also a tribute to Mr. Ludwig.”
in The New York Times by Frank Rich

"A firecracker of a show! A fizzy new libretto by Ken Ludwig and the choreography of your dreams by Susan Stroman."
in USA Today 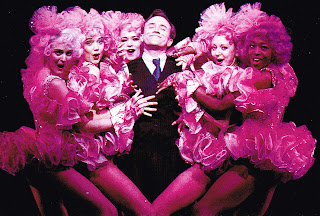 "Dancing this inventive or exhilarating hasn't been seen in London for decades... Sends one spinning out of the theatre."
in "Time Out" by Jane Edwards

"Mr. Groener, a lanky James Stewart type, is a droll, collapsible, and apparently boneless dancer, but it soon becomes evident that, for all the proficiency and charm of the company here assembled, the three great stars of "Crazy for You" are George and Ira Gershwin and Susan Stroman, the choreographer, whose dances, under Mike Ockrent's direction, embody most of the wit and humor of the performance. "Inspired nonsense," murmured the literate fellow on my left, catching his breath between gasps of laughter. "Inspired" will do for the entire evening.”
in The New Yorker by Edith Oliver 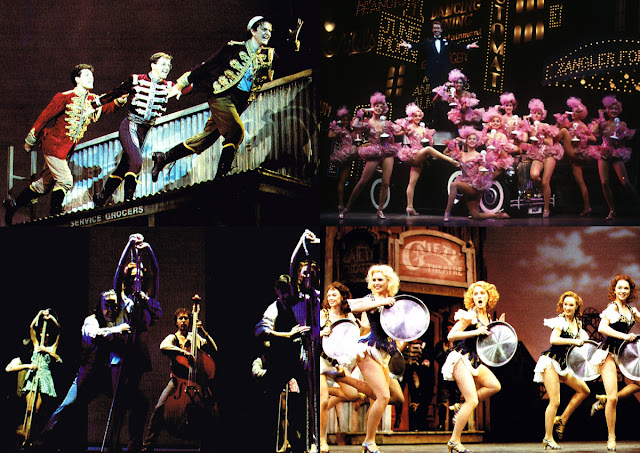 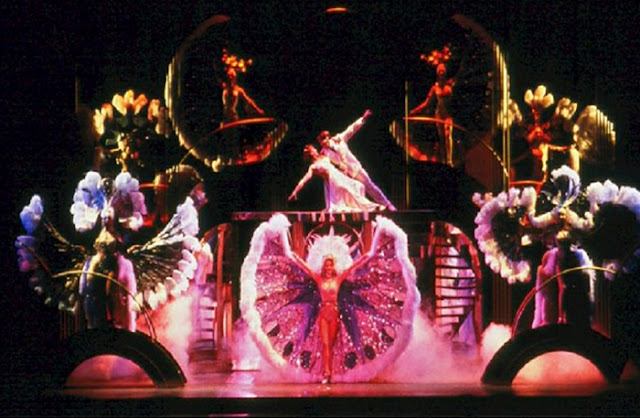